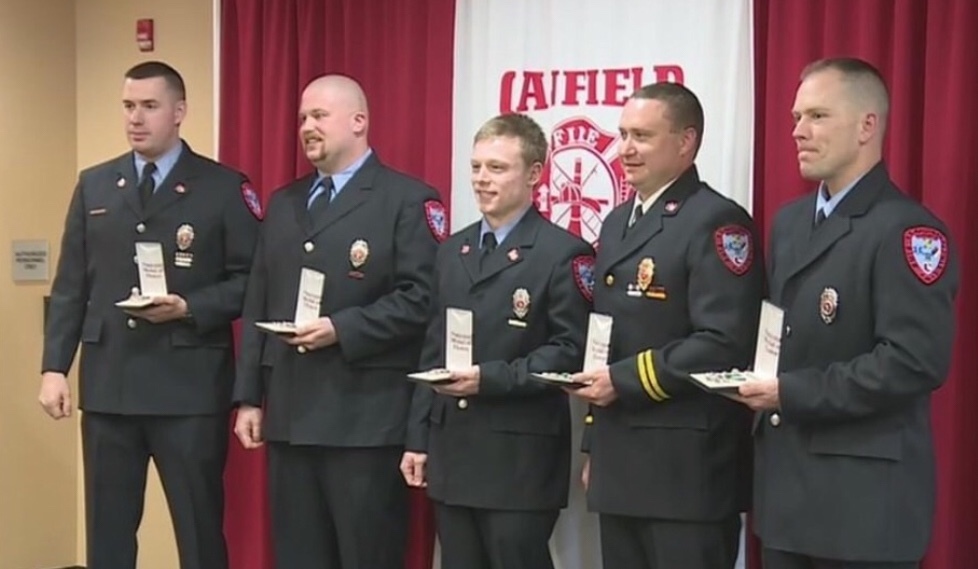 Ryan Caron, Graduate of CHS, was one of the firefighters recently awarded by the Cardinal Joint Fire District in Canfield for heroism during a Green Township fire.  The district honored six firefighters this week, and Ryan Caron was one of them. Their act of heroism was the rescue of a man who was trapped inside a skid loader inside a barn engulfed in flames during the February fire.